During the Tokyo Game Show in Japan, Square Enix made an important announcement for the latest entry in the long-running "Star Ocean" RPG franchise, "Star Ocean 5: Integrity and Faithlessness." Fans from Japan will be delighted to know that the upcoming action role-playing game developed by Tri-Ace will be available for grabs in the country beginning Feb. 25, 2016.
According to Gear Nuke, the announcement of the release date during the TGS SCEJA Conference came along with an awesome new trailer, allowing fans to have a sneak peek of what's in store for them from the game. And true enough, the game looked promising. The game is graphically well-made and the characters, designed by Akira Yasuda, look spectacular and depicts that of the classic era of Japanese role playing games.
A report in a separate post from Gear Nuke also says that the fifth installment of "Star Ocean" will not be doing a repeat of its predecessor - the fourth installment - which is said to be the lowest point of the series. "Star Ocean 5's" Producer Shuichi Kobayashi assured fans that they will be bringing back the feel of the game that was seen in the first three of the series and even make it like a direct sequel.
"Story-wise and visual-wise, number five is going to have the feel of a direct sequel to Star Oceans one, two, and three. It'll be very different from Star Ocean 4," Kobayashi tells Gear Nuke.
While Japanese fans are excited already for the release next year, those who are residing outside the country will have to stay tuned for updates as there have been no announcements made on the international release schedule. According to Tech Times, even though the game isn't as popular in America as it is in Japan, it doesn't mean that it has no fan base in the Western population. But perhaps Square Enix isn't just worried about it yet or they're just taking their time.
Considering "Star Oceans 5: Integrity and Faithlessness" is still set for February next year, it can only mean that international release will be later than that.
at September 16, 2015 No comments:
Email ThisBlogThis!Share to TwitterShare to FacebookShare to Pinterest
Labels: gaming, news

What do you get when you cross geometry with horror? Probably something like Euclidean — an upcoming geometric horror game developed by Alpha Wave.
Euclidean takes its inspiration from an old Commodore 64 game, James Bond, where gameplay happened in an area of limited visibility. Alpha Wave wanted to build upon that — creating something similar in a first-person virtual reality setting that's based in the confines of the horror genre. So although gameplay involves working with geometric patterns, there's an element that also makes it scary, but not in the traditional sense of horror games.
"With a basis in the popular horror mythos of H.P. Lovecraft, Euclidean grew to combine rapidly-created, high-quality assets with entertaining stripped-down gameplay to produce a result that is tense, menacing and exciting all at the same time," Alpha Wave said in a press release.
Check out the first trailer for Euclidean, which shows off the tense atmosphere, ambient sound effects and overall look and feel of the game.
at September 16, 2015 No comments:
Email ThisBlogThis!Share to TwitterShare to FacebookShare to Pinterest
Labels: gaming, news 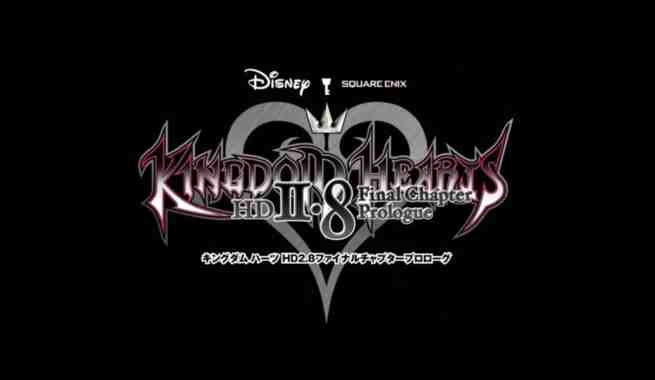 Square Enix revealed Kingdom Hearts HD II.8 during the Sony Computer Entertainment Japan press conference at Tokyo Game Show 2015.
Kingdom Hearst II.8 is a compilation of Kingdom Hearts related material, including:
We can’t say for certain whether or not II.8 is the same project spotted on an ex-Square Enix developer’s LinkedIn profile under the title Kingdom Hearts 2.9, or what would have prompted the title change.
Kingdom Hearts II.8 releases for PlayStation 4 in 2016.

at September 16, 2015 No comments:
Email ThisBlogThis!Share to TwitterShare to FacebookShare to Pinterest
Labels: gaming, news

Unfortunately, that's not a sign that "Attack on Titan" season two is premiering this season.
Instead, fans will be getting the spinoff series "Attack on Titan: Junior High" this fall. A brand new trailer for the series featuring Levi and Hanji is now streaming online, available to view below. The "Attack on Titan: Junior" release date is set for Oct. 4.
So far, the new trailer is increasing excitement for the premiere of "Attack on Titan: Junior High."
"I can't wait for this. Funimation would be wise to do a broadcast dub," said Dangermouse.
The "Attack on Titan Junior High" anime will be directed by Yoshihide Ibata with series composition by Midori Gotou. Character designs for the series will be handled by Yuuko Yahiro with Production I.G. handling the animation production. The original manga series was created by Hajime Isayama.
Most of the Japanese voice cast from the original "Attack on Titan" will appear in the spinoff anime. Anime News Network reports the following main voice cast that will return:
Marina Inoue as Armin Artlelt
Yui Ishikawa as Mikasa Ackerman
Yuuki Kaji as Eren Jaeger
Daisuke Ono as Erwin Smith
Hiro Shimono as Conny Springer
Hiroshi Kamiya as Levi
Romi Park as Hanji Zoe
My Anime List describes the "Attack on Titan Junior High" spinoff anime series as follows:
"The school comedy story is set in a junior high school and centers on the original manga's characters such as Eren and Mikasa as they battle with Titans. The spin-off incorporates gags while using 'Shingeki no Kyojin's' story and notable scenes as its basis."
at September 16, 2015 No comments:
Email ThisBlogThis!Share to TwitterShare to FacebookShare to Pinterest
Labels: Anime, news
Newer Posts Older Posts Home
Subscribe to: Posts (Atom)