The next game to come in NieR series is NieR Automata and is one of the most anticipated games which will be released next year. To keep fan spirits alive Square Enix is busy updating them about the game by releasing new trailer and details after every 1 or two months. And now they have released a new trailer for the game which reveals the game’s crossover with Dragon Quest.
The new trailer (below) was released during the Jump Festa that took place in Tokyo. The new gameplay trailers give us more details about the game and is now confirmed that the game will feature Engine Blade from Final Fantasy XV more over the trailer also confirmed a new crossover weapon for the game. Yeah that’s right, the weapon is Cypress Stick, which was featured in Dragon Quest will now also be available in NieR Automata.
at December 19, 2016 No comments:
Email ThisBlogThis!Share to TwitterShare to FacebookShare to Pinterest
Labels: game

A new trailer for ''Sniper Elite 4'' has been launched. It reveals first details on bonus mission to assassinate Hitler. The game-play includes a more details of the extra campaign mission called "Target Fuhrer."
The game-play focuses more on the Target Fuhrer mission which will be offered to anyone who orders a copy of ''Sniper Elite 4'' before the game launches in February 2017. It has always been the tradition for the ''Sniper Elite'' games to include Hitler assassination in some form
The Target Fuhrer is not a part of the main ''Sniper Elite 4'' campaign. It is a bonus mission that is balanced for one or two players, it is designed to give pre-order customers extra something to explore after the credits roll, according to iDigitaltimes.
Unfortunately, the ''Sniper Elite 4'' game-play does not feature any significant footage. It only showcased aerial shots, which is intended to give a first look at the U-boat facility that fans will be exploring in the ''Sniper Elite 4'' bonus mission.
According to IGN, the mission will take place in the Mediterranean on a secret Nazi U-boat. The Commander of the base, Karl Fairburne's original target, has been killed by an unknown assassin, so the objective has changed. The player must now kill Hitler by himself and destroy the enemy U-boat in the process.
For those who are not satisfied with the game's recent trailer, the studio also released more than half dozen new ''Sniper Elite 4'' screenshots from the Target Fuhrer mission. It also features the rebellion's latest recreation of Adolf Hitler, with few Nazi guards, that will probably be protecting the unidentified facility when Lt. Karl Fairburne visits.
The campaign mission is replay-able and there are available multiple ways to take the despot down. The Target Fuhrer mission is available to those who order the game before the specified launch date, with a bonus camo rifle skins for seven WWII rifles.
''Sniper Elite 4'' is still in development and will be available for PS4, Xbox One and PC. The game will launch February 14, 2017.

at December 19, 2016 No comments:
Email ThisBlogThis!Share to TwitterShare to FacebookShare to Pinterest
Labels: game

Death Stranding Initial Trailer Was Not Running On The Decima Engine 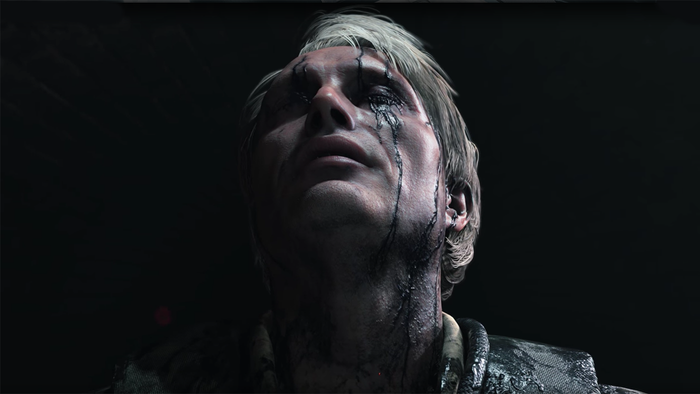 We now know that Death Stranding will be using Guerrilla Games’ Decima Engine, which they are using in the upcoming Horizon: Zero Dawn as well. In fact, the trailer for the game that we saw at The Game Awards recently was also running on a PS4 in Decima.
However, in an interview with IGN, Hideo Kojima, the director of Death Stranding, confirmed something we may have never known- that the first teaser for the game, released at E3 earlier this year, was not running in Decima. After all, back then, Kojima had not yet even decided what engine he would use for his game, so it wouldn’t make sense if it was.
“The collaboration [with Guerilla Games] started later…” Kojima said. “The teaser we showed at E3 was in a different engine.” Kojima also discussed why he chose to go with Decima. “Guerrilla Games had the right engine,” he said. “Their engine is well suited to the tools and systems of an open-world game. This was a very important aspect for us.”
The good news is that with such a mature set of development tools and pipeline on hand, Kojima may be able to deliver Death Stranding quicker than the usual turnaround on his games. At least, that’s the hope. Death Stranding will launch on PS4 and PC possibly in 2018.
at December 19, 2016 No comments:
Email ThisBlogThis!Share to TwitterShare to FacebookShare to Pinterest
Labels: game

Astroneer is a co-operative space exploration game where you can deform and shape the terrain as though it were made of Play-Doh.
Players will be able to deform planets to their core, build bases, and snap components / objects together to create custom vehicles and modules. Players can do all of this in 4 player co-operative multiplayer that will be available on launch.
at December 19, 2016 No comments:
Email ThisBlogThis!Share to TwitterShare to FacebookShare to Pinterest
Labels: game
Newer Posts Older Posts Home
Subscribe to: Posts (Atom)