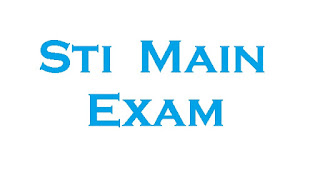 at November 18, 2016 No comments:
Email ThisBlogThis!Share to TwitterShare to FacebookShare to Pinterest
Labels: MPSC, STI

Fantastic Beasts and Where to Find Them

The year is 1926, and Newt Scamander (Eddie Redmayne) has just completed a global excursion to find and document an extraordinary array of magical creatures. Arriving in New York for a brief stopover, he might have come and gone without incident, were it not for a No-Maj (American for Muggle) named Jacob, a misplaced magical case, and the escape of some of Newt's fantastic beasts, which could spell trouble for both the wizarding and No-Maj worlds.
Fantastic Beasts and Where to Find Them is a 2016 British fantasy film directed by David Yates and distributed by Warner Bros. Pictures. A spin-off of the Harry Potter film series, the film was produced and written by J. K. Rowling (in her screenwriting debut), inspired by her book of the same name. The film stars Eddie Redmayne as Newt Scamander with Katherine Waterston, Dan Fogler, Alison Sudol, Ezra Miller, Samantha Morton, Jon Voight, Carmen Ejogo and Colin Farrell in supporting roles.
Principal photography began at Warner Bros. Studios, Leavesden on 17 August 2015. Fantastic Beasts and Where to Find Thempremiered in New York City on 10 November 2016 and is scheduled to be released worldwide on 18 November 2016 in 3D, IMAX 4K Laser and other large format theatres.
at November 18, 2016 No comments:
Email ThisBlogThis!Share to TwitterShare to FacebookShare to Pinterest
Labels: Hollywood

Mallika Sherawat, boyfriend tear-gassed and beaten up in Paris apartment

Mallika Sherawat (born Reema Lamba on October 24, 1976) is an Indian actress who works in Hindi, English and Chinese language films. Known for her bold onscreen attitude in films like Khwahish (2003) and Murder (2004), Sherawat has established herself as a sex symbol and as one of the most popular celebrities in Bollywood. She then appeared in successful romantic comedy Pyaar Ke Side Effects (2006) which won her much critical acclaim.

Mallika Sherawat was reportedly tear-gassed and beaten up in her apartment block in Paris on Friday. According to a report in Daily Mail, Sherawat and her boyfriend Cyrille Auxenfans were attacked by intruders who ‘wore scarves across their faces and without saying a word, sprayed their victims with tear gas before punching them.’
Prosecutors said the couple most likely inhaled fumes from the tear gas. Officials say Auxenfans was most likely harmed by the suspects but that the couple refused to see a doctor to assess possible injuries. They said Sherawat was not thought to have been physically harmed in the attack.
The police revealed about the incident, which happened on the night of November 11 — just a month after reality TV star Kim Kardashian was robbed at gunpoint here, reports dailymail.co.uk. According to Le Parisien newspaper, the criminals wore scarves across their faces and “without saying a word, sprayed their victims with tear gas before punching them”. They then fled, leaving a shocked Mallika and her friend to call the emergency services.
The report said that the police have launched a criminal investigation, and detectives believe that this may have been a robbery attempt. “We cannot understand why the attackers fled without taking anything,” a source in the investigation told AFP.
Sherawat has barely escaped similar incidents in the past in India. A report in Mid-Day said that Sherawat was at the risk of being attacked in Jaipur in 2013 when she was shooting for the biopic of Bhanwari Devi. The Myth actor is pursuing her career in the West.
Though no reaction came from Mallika on this attack but she shared with fans a video from Geneva, where she was travelling on November 12. “In #Geneva #Switzerland for the weekend, wanted to share with you one of my favorite places:) #lifestyle #weekendvibes #lareserve,” she wrote along with her post.
at November 18, 2016 No comments:
Email ThisBlogThis!Share to TwitterShare to FacebookShare to Pinterest
Labels: Bollywood

HBSE results 2016: The Board of School Education Haryana (BSEH) has declared higher secondary and senior secondary examination results. The exam was held in September 2016. About 31.58 per cent passed in the secondary (reappear) first and second semester exam while in the senior secondary category, as many as 36.02 per cent has qualified the first and second semester compartment/ reappear exam.
In a release, BSEH Chairman Dr Jagbir Singh informed that in the Class 10 exam, 118843 candidates appeared out of which, 37528 has passed the exam. About 75,549 boys had given the exam out of which 23,822 students have passed, registering a pass percent of 31.53 per cent.
Among girls, 43294 appeared out of which 13706 passed the compartment exam. The pass percentage is 31.66 per cent.
In Class 12 exams, a total of 81,704 appeared out of which 29,428 have qualified. Among boys, 20,239 students passed out of 59,724, registering a pass percentage of 33.89. As many as 21,980 girls appeared for the exam and 9,189 passed it. The pass percentage is 41.81.
The Class 10 rural students have performed better than the urban by scoring 30.68 per cent while urban students are at 34.51 per cent. In Class 12 too, the rural students outscored the urban by registering 36.50 pass percent while the urban students are at 34.51.
The overall pass percentage of rural students is 31.85 per cent.
Steps to check the HBSE results 2016
Visit the official website
Clic on the link ‘Haryana Board results 2016’
Enter your roll number
The results will be displayed
Check and save the result

The Haryana Board of School Education (HBSE) was established in 1969. The Board conducts the examinations at middle, matric (secondary or high school) and senior secondary school (academic and vocational) levels, twice a year, in the state of Haryana through its affiliated schools.
at November 18, 2016 No comments:
Email ThisBlogThis!Share to TwitterShare to FacebookShare to Pinterest
Labels: news

Force 2, brings back ACP Yashvardhan who teams up RAW Agent KK to bring down a master mind terrorist Shiv. The sequel directed by Abhinay Deo promises to pack in as much action as possible in this highly awaited action film.
Force 2 is an upcoming 2016 Indian Hindi action thriller film directed by Abhinay Deo which features John Abraham and Sonakshi Sinha in the lead roles. It is a sequel to the 2011 film Force.
Principal photography of the film commenced in August 2015, and it is scheduled to be released on 18 November 2016.
Cast :
John Abraham as ACP Yashvardhan
Sonakshi Sinha as Kamaljit Kaur/KK
Tahir Raj Bhasin as Shiv Sharma
Genelia D'Souza as Maya (special appearance)
Paras Arora
Narendra Jha as RAW chief Anjan
Critical reception