Jagdish Chandra Bose was a legendary multi-talented Indian scientist who became a world leader in telecommunications.
His invention, crescograph helped scientists better understand about cultivation of crops in an effective way.
He was born on 30 November, 1858 at Mymensingh, now in Bangladesh. He was raised in a home committed to pure Indian traditions and culture.
Mr Bose attended Cambridge after studying physics at Calcutta University. He returned to India in 1884 after completing a BSc degree from Cambridge University.
Prior to his death in 1937, Mr Bose had set up the Bose Institute at Calcutta. He was elected the Fellow of the Royal Society in 1920 for his amazing contributions and achievements.
To recognise Mr Bose's achievements, a small-impact crater on the far side of the Moon is named after him. It is located close to Crater Bhabha and Crater Adler and has a reported diameter of 91 kilometres. 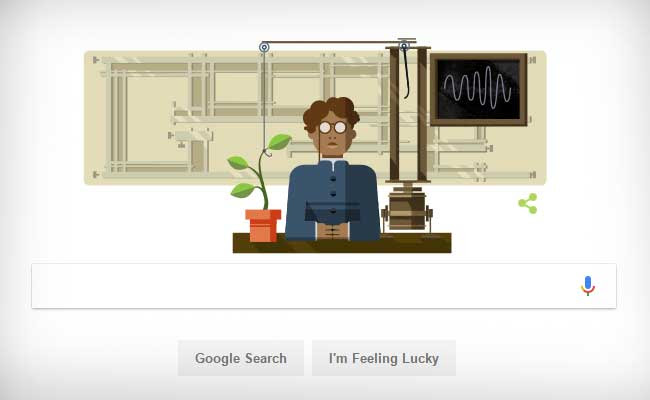 at November 29, 2016
Email ThisBlogThis!Share to TwitterShare to FacebookShare to Pinterest
Labels: news