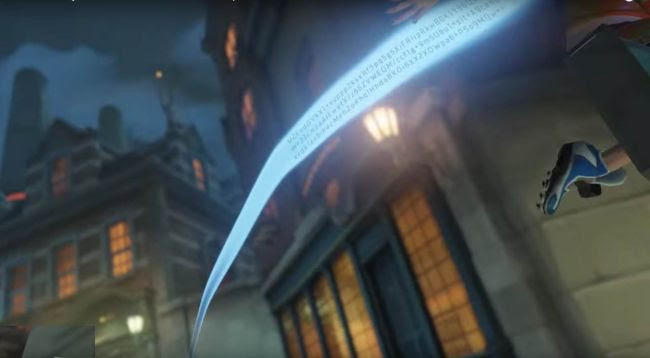 Blizzard released a surprise update to Overwatch yesterday featuring a new soccer-styled game mode called Lúcioball and a big mess of Olympic-themed goodies. But there was something else in there too, hidden away from casual viewers: A string of text that the Best Minds of the Overwatch subreddit think is a salted and hashed password that may—just may—be a new Sombra tease.
The thread is fascinating both for the amount of effort being put into unlocking the secret, and also the Very Serious Discussion about encryption and security, which includes a handy explanation of what 'salting' actually means.
“They don't store your password in plain text. They put it through an algorithm to make it all garbled,” a user named Undeadfish wrote, referring to the process of hashing a password, or encrypting it. “Now, the problem with just doing that is that two people might have the same password and the algorithm would garble them to be the same output. Instead, they started adding a 'salt' into it. So, they put random gibberish at the start of your password and store the gibberish alongside your login info. That way when it goes through the algorithm it creates a different garbled bunch of letters from another person with the same password.”
The downside to all that extra security is that it makes figuring out stuff like this so much more difficult than it would otherwise be. Digital sleuths have already tried using a huge range of numbers as the password, as well as plays on the time shown on Tracer's clock (13:37, naturally) and leet-speak variations of Sombra. Blizzard clearly anticipated the amount of effort that would be put into breaking the code—works is also underway at the Sombra ARG Wiki and on the Game Detectives Discord server—and took steps to ensure that it wouldn't be easy.
(By the way, the code is hard to make out in the screen cap above but a post in the thread, which nobody seems to disagree with, says it's "U2FsdGVkX1+vupppZksvRf5pq5g5XjFRlipRkwB0K1Y96Qsv2L m+31cmzaAILwytX/z66ZVWEQM/ccf1g+9m5Ubu1+sit+A9cenD xxqklaxbm4cMeh2oKhqlHhdaBKOi6XX2XDWpa6+P5o9MQw==," without the quotes. Good luck with that.)
I'll be honest with you: Encryption and ARGs are not my forte, so much of what's being discussed on Reddit and elsewhere goes way over my head. One interesting thing I did notice, though (and without any help!) is that the code does not appear in Tracer's blink trail in the Xbox version of the Overwatch Summer Games trailer, but only the one posted in the official PlayOverwatch channel that I've embedded below. Significant? Eh, probably not, but I've reached out to Blizzard to ask, just in case. I'll let you know if I hear anything.

at August 04, 2016
Email ThisBlogThis!Share to TwitterShare to FacebookShare to Pinterest
Labels: game