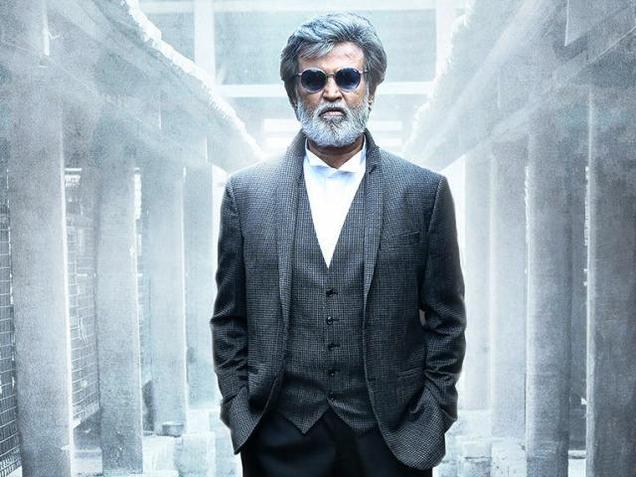 Remove the Malaysian-Tamil setting, and Kabali plays like… a Rajinikanth movie. A revenge drama. It would be silly to expect grime and grit in a mega-budget Superstar movie whose seemingly endless pre-release publicity has spanned the earth to the sky (courtesy, Air Asia), but given that Pa. Ranjith is behind the camera, there is a sense of a letdown. It’s as though, given the biggest stage of his still-young career, the director went up before the audience and got a severe case of the jitters.
The meat of Kabali is a gangster story that attempts to tease out some history about Malaysian Tamils. The suits Kabali wears aren’t just a fashion statement. The coat, the tie – they’re symbols of a rung of capitalism people like Kabali weren’t allowed to set foot on. (They’re also a nod to Ambedkar’s sartorial tastes.) But as with Ranjith’s Madras, these are scribbles on the margins of an all-too-familiar story.
The primary narrative thread in Kabali deals with the (gang) war between Kabali and Tony Lee (Winston Chao), a purring Malay (I’m assuming) who wears his silken suits with the entitlement of generations of privilege. This conflict is, of course, a metaphor, for the antagonism between Malaysian-Tamils and natural-born Malays – but the way all this plays out is hardly new or interesting. One of the strengths of Ranjith as a writer is the way he shapes the supporting characters – but no one registers here. Kabali is filled with familiar faces. Kishore. Attakathi Dinesh. Kalaiyarasan. Riythvika. But they all get so little to do.
At least some of the lightness, the lack of amped-up drama – I think – is intentional. Even within the cage of a Superstar movie, Ranjith is trying to be subtle. Another filmmaker would have given Yogi (a very ill-at-ease Dhansika) a rousing introduction, given the weight this character carries in the story. But she comes in like an afterthought, and it isn’t until interval point that we realise who she is, what she’s doing here. But again, this sounds better than how it plays out. We aren’t emotionally invested in anything, anyone.
Except, maybe, Kumudhavalli, Kabali’s wife. Radhika Apte is a part of what is ostensibly the second (and far more interesting) narrative thread of Kabali, about the man's personal life. She doesn’t have much of a role, but she does get one scene that makes you see why Ranjith wanted an actress of her calibre. It’s a scene where she breaks down after seeing Kabali after a very long time, and she makes us see a long-dormant volcano erupting suddenly with everything that was buried deep inside.
Ranjith’s filmmaking is different too, and not in a good way. Kabali does have some of his trademarks – the way he introduces characters and their circumstances in a prologue-y rush at the beginning, or the way he uses little flashbacks to fill us in on what really happened. But the life that infused his earlier films is missing. (Santhosh Narayanan’s excellent songs are relegated to the background.)
Kabali doesn’t have the lovely rhythms of Attakathi or Madras, where Ranjith gave us a sense of life being lived with micro-shots of people just… being. This isn’t to say Ranjith is coasting. He’s still trying to stage scenes. A scene where someone tries to assassinate Kabali could have just been about the assassination but the way Ranjith stages it carries an element of surrealism. But yet again, it works better on paper than on screen.
And what about the big star at the centre? He does well, though his age is beginning to show – both in his physicality and dialogue delivery. There’s a scene where someone asks Kabali why he is a gangster when he is so educated. He removes his glasses. The camera moves closer. He gives this look, at once hard and wistful. He makes you wish for more such shots that studied his face. What a great still camera subject this face makes. Still.
Another favourite shot of mine came when Kabali is in a hotel in Chennai, and the camera captures him not as a gangster but a father. The earlier edge is gone. There is so much warmth here, you feel this is what he must look like with his grandkids. And though we have the slo-mo walk and the staccato laugh, it is nice to see this star act his age – he kicks ass and yet, he’s vulnerable. He could use someone looking after him. Kabali doesn’t pander to his fans. No comedy. No punch lines. And yet, it must be said that Rajinikanth does more for the movie than the movie does for him.
at July 22, 2016
Email ThisBlogThis!Share to TwitterShare to FacebookShare to Pinterest
Labels: Bollywood