Lexus claims to have finally created a working hoverboard

Lexus, the luxury car brand, seems to have created its own hoverboard. But the automaker did not provide many details except for a video and some pictures of the flying skateboard. The page says the SLIDE creates “frictionless movement” using magnetic levitation, thanks to magnets that use a superconducting system cooled by liquid nitrogen (hence the smoke coming from the board in the photos).

The video is short and doesn’t reveal much, you can’t actually see it working, but Lexus ensures it is not a fake. In their promotional website they claim to have created a real and functional hoverboard. This is not the first time someone tries to create a working hoverboard. Previous models generally relied on superstrong magnets to stay in the air. But the more weight you add to board, the stronger these magnets had to be. Also, devices that work on superconductors can only function above special magnetic surfaces, and the SLIDE appears to be floating over concrete.

The Lexus hoverboard is part of the company’s Amazing in Motion campaign, through which the company aims to demonstrate how “amazing things can be achieved” when technology, design, and imagination are combined. The board has been under development for over 18 months by teams in Germany and England, and is currently being tested by a professional skateboarder in Barcelona, Spain.

at June 26, 2015 No comments:
Email ThisBlogThis!Share to TwitterShare to FacebookShare to Pinterest 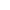 For a long time Microsoft has left Android phones in the mobile productivity ghetto. While iPhone and Windows Phone users and those with all kinds of tablets have enjoyed full Word, Excel and PowerPoint, Android phone fans have made do with Google Docs or — if they were Office 365 subscribers — the fairly spartan Office Mobile.
On Thursday the company finally put an end to this disparity with the launch of a standalone trio of phone-compatible apps on the Google Play store. They're free, although anyone with a low-end or old device could still be out of luck (you'll need at least 1GB of RAM and Android 4.4 KitKat).
The ability to open, edit and save your files is available to everyone, but the most impressive thing about the new apps – their ability to pack in all the functionality of their desktop cousins – is available only to Office 365 subscribers ($89 a year for full Office on a Mac or PC, one phone and one tablet). Regardless, the experience has been smartly redesigned to make sense on screens smaller than the standard tablet or monitor.
The Word app, for example, defaults to the familiar page layout view, zooming in and out automatically as you make edits. A toggle at the top lets you switch to a screen-filling mobile format (which was basically the only mode in the old Office Mobile app) for easy readability.
For subscribers, another button brings up a touch-friendly tool tray that lets you tweak all the format, layout, picture and table settings you expect, from comments and spelling checks to paragraph styles and footnotes, all without taking you away from the document.
The other two apps work similarly, although the layout is tweaked to suit the specific purposes of each. For example the Powerpoint app is designed to let you make and edit presentations, but also makes it easy to send one you prepared earlier wirelessly to a monitor while using your phone to keep track of notes, flick through slides and highlight important elements on the fly. Again, if you want to make a presentation with all the same fancy transitions you get at home, you'll have to pay up.
The whole suite of course is designed to work with Microsoft's OneDrive cloud storage service, but you can also grab and edit files from Dropbox or the Google Drive account associated with your phone.
Even without all the bells and whistles reserved for paying customers, this is kind of a killer for Google's own simpler Docs, Slides and Sheets apps, especially considering Microsoft's deals to have Office pre-installed on future Sony, Samsung and LG devices.
at June 26, 2015 No comments:
Email ThisBlogThis!Share to TwitterShare to FacebookShare to Pinterest
Labels: microsoft The U.S. Department of Justice has given a green light to Nokia's deal to buy French rival Alcatel-Lucent, the two companies said on Wednesday.
"Early termination of the U.S. antitrust waiting period takes us one important step closer to the closing of the pending transaction," they added in a statement.
The transaction announced in April remains subject to approval by Nokia shareholders, and is expected to close in the first half of 2016.
at June 26, 2015 No comments:
Email ThisBlogThis!Share to TwitterShare to FacebookShare to Pinterest
Labels: Nokia Nokia Networks on Thursday showcased some of its new technologies in the mobile broadband segment at an event hosted by the company.
According to the Finnish brand, the technologies showcased are aimed at empowering operators, in their journey of evolution, to effectively manage and monetise the surging mobile broadband growth.
Some of the technologies include innovations in Telco Cloud (VoLTE/ VoWiFi), 5G, security solutions and predictive marketing.
The Telco Cloud or VoLTE/ VoWiFi will enable an operator to provide operator-controlled voice over WiFi networks which is especially useful in providing indoor coverage when LTE/2G/3G is not in place.
Another technology showcased was the Nokia Mobile Guard, which has an analytics engine that "listens" and "analyses" the traffic for mobile broadband and searches for patterns that are consistent with malware behaviour.
With this, operators will be able to ensure an efficient, and clean network with round-the-clock monitoring and automated actions in the advent of fraud by providing protection for all subscribers, independent of device type and irrespective of whether antivirus is installed.
Arno Koch, head of business development, mobile broadband, Nokia Networks and Suresh Kalyanasundaram, senior specialist, technology and innovation research, Nokia Networks were present at the event.
at June 26, 2015 No comments:
Email ThisBlogThis!Share to TwitterShare to FacebookShare to Pinterest
Labels: Nokia
Newer Posts Older Posts Home
Subscribe to: Posts (Atom)