Attack On Titan: End Of The World Trailer Released 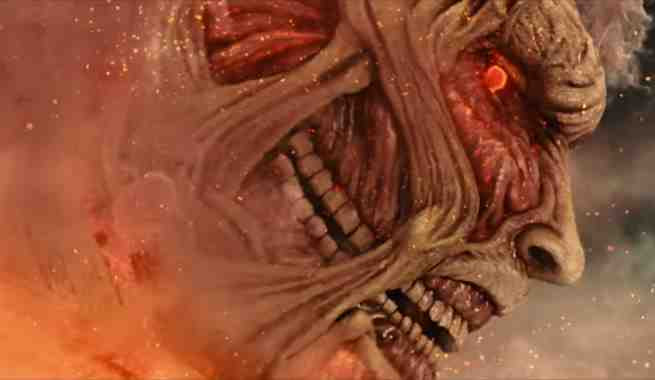 A new trailer for Attack on Titan: End of the World has been released online.
You can check out the trailer below, subtitled by Australian distributor Madman Entertainment.
End of the World is the second part of the 2-part Attack on Titan live action movie. Based on Hajime Isayama’s manga series, the films depict the conflict between the nearly extinct human race and the massive Titans that have wiped them out.
Attack on Titan: End of the World will open in Japanese theaters on Sept. 19.
Both Attack on Titan movies are being distributed for limited theatrical release in North America by Funimation. The first film will play Sept. 30, Oct. 1, and Oct. 7. The second film will play Oct. 20, Oct. 22, and Oct. 27.
at September 03, 2015
Email ThisBlogThis!Share to TwitterShare to FacebookShare to Pinterest
Labels: Anime, news