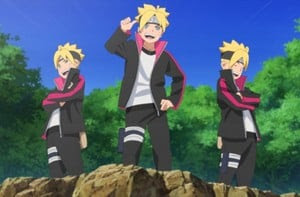 Boruto is the son of the seventh Hokage Naruto who completely rejects his father. Behind this, he has feelings of wanting to surpass Naruto, who is respected as a hero. He ends up meeting his father's friend Sasuke, and requests to become... his apprentice!? The curtain rises on the story of the new generation written by MasashiKishimoto! 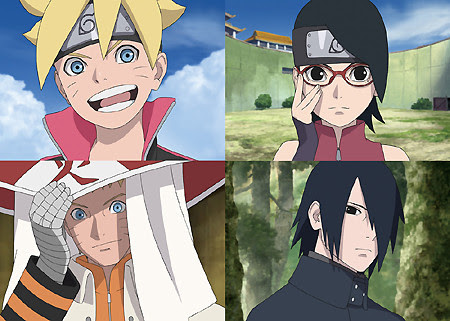 The other cast members include:
Original Naruto manga creator Masashi Kishimoto is credited with the original story, script, and character designs, as well as the chief production supervisor, for the film. Hiroyuki Yamashita(Naruto Shippūden episode director, Road to Ninja: Naruto the Movie animation director) directed the film, and Ukyō Kodachi (Chaos Dragon, Neppu Kairiku Bushi Road) collaborated with Kishimoto on the script.
The rock band KANA-BOON contributed their "Diver" song as the theme song, after contributingtheir "Silhouette" single as the opening theme of the Naruto Shippūden television anime. 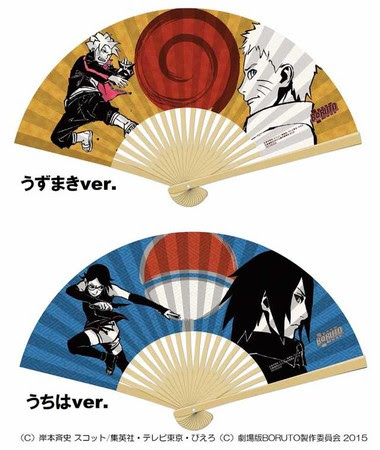 Theatergoers were able to choose one of two fans designed byMasashi Kishimoto as a special gift. The "Uzumaki Version" features Naruto and Boruto and the "Uchiha Version" features Sasuke and Sarada. The fans are limited to 100,000 units.
Those who watch Boruto -Naruto the Movie- in theaters throughout Japan in August receive 2 million copies of an official book — one with a brand-new one-shot manga by original manga creator Masashi Kishimoto. As the Naruto Hiden Zai no Sho Official Movie Book's title indicates, the book is a spinoff of the Naruto: The Official Character Data Book series.
The book debuts the manga short "Naruto ga Hokage ni Natta Hi" (The Day Naruto Became the Hokage) that Kishimoto personally drew. The story episode did not appear in the mainNaruto manga's original run. The book also includes the main manga series' 700th and final chapter in full color.
Viz Media has licensed the film for a North American release, and Viz Media and Eleven Arts willscreen the film in more than 80 cities starting on October 10.
at August 11, 2015
Email ThisBlogThis!Share to TwitterShare to FacebookShare to Pinterest
Labels: Anime, Naruto