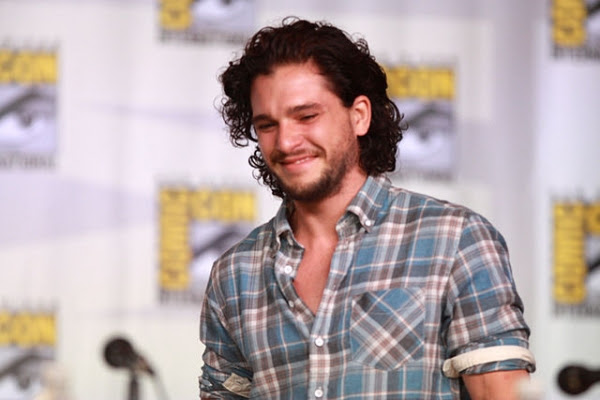 Weeks after the last episode of ‘Game of Thrones’ season five aired on HBO, the theory that Jon Snow could be a member of the Targaryen family continues to take the online fandom by storm.
Many fans have refused to believe that the Lord Commander has met a most brutal end, thereby emphasizing the possibility that he could “rise from the ashes” and follow in Daenerys’ Targaryen’s footsteps.
The theory explains that Snow might not be Ned Stark's illegitimate son, but rather the son of Ned's own sister Lyanna and Daenerys's older brother, Rhaega.
As made clear in the books, on her deathbed, Lyanna asks her brother Ned to promise her something, and fans have long since guessed that this could be a request to raise her son as his own.
Others also believe Tyrion Lannister could also come from the Targaryen family line.
Daenerys's father, widely known as the Mad King Aerys II Targaryen, particularly had a soft spot for Tyrion's mother, Joanna Lannister.
In the fifth book, ‘A Dance with Dragons,’ Daenerys learned that her father "took liberties" during the bedding ceremonies when Joanna exchanged wedding vows with Tyrion's father, Tywin.
Also, when Tyrion wields an arrow and shoots his father at the season four finale, Tywin says: "You are no son of mine."
Consequently, numerous fans believe that the former Hand of the King’s final retort could be suggestive of much more.
Jon and Tyrion might also be the other two dragon riders who are needed by Daenerys to regain the Iron Throne, as pointed out by a vision that the Mother of Dragons had in season three.
In the vision, she walks through three areas- a Dothraki tent that represents her, the Wall that could possibly represent Jon and the throne room at King's Landing that could possibly point towards Tyrion who became hand to King Joffrey.
Another probable connection that has been speculated is the Westerosi myth that "a dragon must be born of blood". Daenerys, Jon and Tyrion’s mothers are all known to have died upon giving birth to them.
Since Daenerys came out unharmed from her husband Khal Drogo’s funeral pyre, ‘Game of Thrones’ fans have been crossing their fingers that Kit Harington’s character might be given an opportunity to reappear during his own cremation if he really comes from the Targaryen family with a supernatural connection to fire.
For the sixth season of the HBO hit program, five directors will reportedly be working on the new series, three of whom– Jeremy Podeswa, Mark Mylod and Miguel Sapochnik- are ‘Game of Thrones’ veterans while the other two are newcomers.
These include Daniel Sackheim, who has previously worked on ‘The X-Files’, ‘Miami Vice’ and House,’ and Jack Bender, who is best known for his directorial duties for ‘Lost.’
at July 06, 2015
Email ThisBlogThis!Share to TwitterShare to FacebookShare to Pinterest
Labels: Game Of Thrones