Find an ATM near you

If you have been on a constant lookout for ATMs in your vicinity in hopes of withdrawing some cash, then Google's new tool is just for you.
Below the search box on google.co.in, you will now find the 'Find an ATM near you' link. Clicking this link will open Google Maps, which will use your location data to show you all the ATMs in your vicinity.
The feature is available on both desktops and mobile devices.
Unfortunately, the Google Search tool does not show if the ATM has cash or not. It is essentially an integration of Google Maps' ATM finder feature, which has been available for long, in the Search home page.
There are, however, other tools you can use to find working ATMs near you. Websites like atmsearch.in and cashnocash.com claim to provide information on ATMs around you that are still dispensing cash. Walnut app and CMS ATM Finder are other tools that let you locate working ATMs in your vicinity.
You can also use social media to track which ATMs have cash and how long the lines are.
The cash crunch and long lines outside ATMs and banks have become a common sight after the Rs. 500 and Rs. 1,000 notes were demonetised last week, rendering them useless. With not enough of the new currency notes available yet, the public has been keeping both eyes wide open for working ATMs.
at November 16, 2016 No comments:
Email ThisBlogThis!Share to TwitterShare to FacebookShare to Pinterest
Labels: news

Tremors In Delhi, Gurgaon After 4.4 Magnitude Earthquake Today In Haryana New Delhi and parts of north India were shaken by an earthquake at around 4.30 am on Thursday. According to initial reports the earthquake had its epicentre in Haryana with a magnitude of 4.2 on the Richter Scale. The earthquake was at a depth of 10 km.
Despite being early in the morning a lot of people tweeted about the earthquake shaking buildings in the region. The tremors were felt across Delhi, NCR and neighbouring areas too.  Many said the quake was strong enough to wake them up.
As per USGS, the earthquake of magnitude 4.2 magnitude was felt 13 kilometers southeast of Bawal in Haryana. There was no immediate loss of life and property reported from anywhere in the city.
at November 16, 2016 No comments:
Email ThisBlogThis!Share to TwitterShare to FacebookShare to Pinterest
Labels: news BENGALURU:  50,000 people attended a wedding in Bengaluru hosted by politician and mining tycoon G Janardhana Reddy. Not invited, but present nevertheless, were some tax officers who, according to sources, were discreetly appraising the lavish arrangements.
Which were not for those whose taste may run towards understated.
There was the huge venue - spread over several acres - in the heart of Bengaluru. Within that, there were sets designed by Bollywood art directors, allowing attendees to wander from a replica of a famous temple in Hampi to a bustling market packed with arts and crafts. Or for those heavily invested in the Reddy family history, homes of the bride and groom and their parents could be toured.
Helium balloons with the Reddys' faces soared above the venue. On the ground, there were troupes of dancers from countries including Brazil. They had to move smoothly to get around the 3,000 bouncers and security guards. The reported cost - 30 crores according to relatives who spoke on the condition of anonymity - has impelled public outrage at a time when so many are struggling to find the cash to buy food following the government's shock move to pull high-value notes out of circulation in a bid to tackle tax evasion.
However, senior politicians and a few ministers like Home Minister G Parameshwara and Energy minister DK Shivkumar attended the wedding. So did the BJP's top leader in the state, BS Yeddyurappa, in whose government Mr Reddy served as minister.
Mr Reddy, 49, spent three years in jail for his alleged involvement in a mining scam before he was released on bail last year. Speaking to journalists last week, he refused to reveal how much he was spending on the celebrations, but said everything would be declared to the tax authorities.
A tip off to the scale of the event was the wedding invite, which was sent on LCD screens. 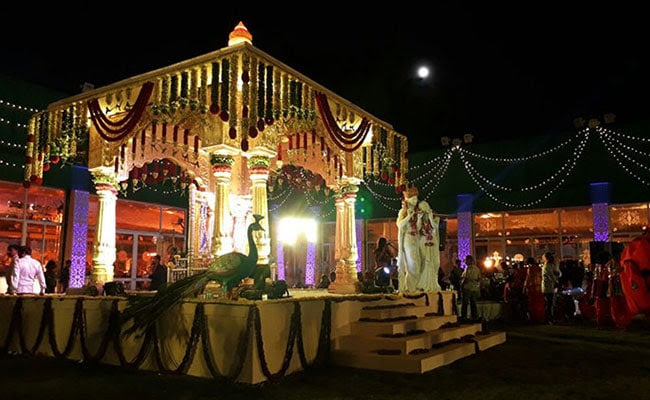 Some 50,000 people, including politicians and celebrities, invited to Bengaluru wedding, said sources
Family members said that most bills were paid by cheque before last week's move of demonetization was announced.
But income tax officials dropped in anyway. "We are interested in quantifying the expenditure in such a big event," said one, speaking on the condition of anonymity.
at November 16, 2016 No comments:
Email ThisBlogThis!Share to TwitterShare to FacebookShare to Pinterest

Every week on Continue?, we sit down to play a random old school game for 30 minutes. There is one question we are trying to answer - do we want to stop playing or continue?

My name is Sonam Gupta and I am not bewafa 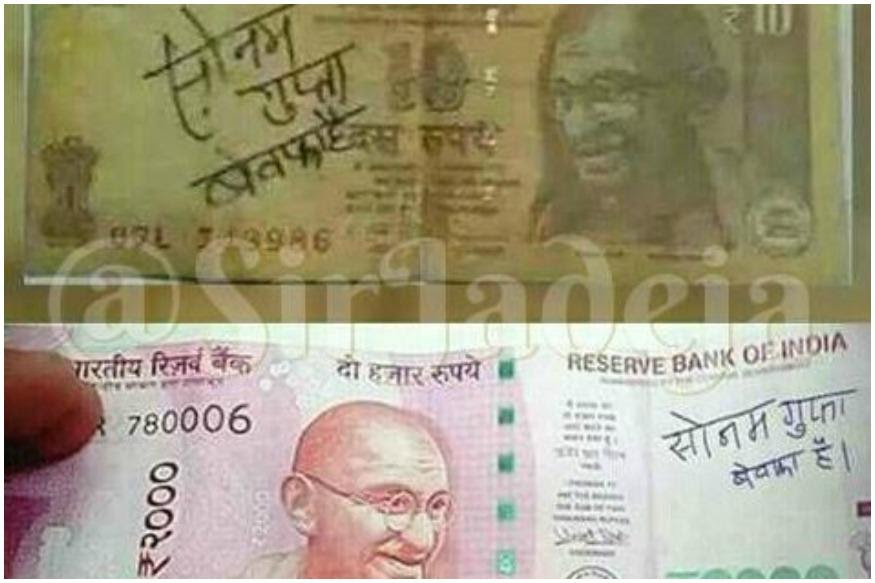 If your name is Sonam Gupta, our sympathies are with you. As for others who don't know why we are saying so, it's because 'Sonam Gupta Bewafa Hai' was among the top trends on Monday, displacing topics such as currency ban and Koffee With Karan Johar.
Earlier this year an old Rs 10 note surfaced on the Internet with the words, 'Sonam Gupta Bewafa Hai' (Sonam Gupta is unfaithful), written on it. It seemed like a jilted lover decided to give it back to one Sonam Gupta for being unfaithful to him, in the process maligning all the girls with a similar name.
Social media users had hilarious reactions to this particular Rs 10 note.
As time passed, Sonam Gupta was forgotten. The Internet discussed and made fun of far more interesting topics, including the awkward meeting between President-elect Donald Trump and outgoing-President Barack Obama.
But recently, after PM Modi scrapped Rs 500 and Rs 1,000 notes, Sonam Gupta suddenly seemed to have returned to pubic glare once again.
While people were struggling to get their Rs 500 and Rs 1,000 notes exchanged, this spurned lover made a comeback.
In an image circulated on social media, the new Rs 2,000 note had the same words, 'Sonam Gupta Bewafa Hai', written on it. Probably, the man couldn't successfully warn men of Gupta last time, therefore, he returned and how!
Although we cannot verify the image, netizens have been creating hilarious memes around it, and also cracking jokes all at will.
at November 16, 2016 No comments:
Email ThisBlogThis!Share to TwitterShare to FacebookShare to Pinterest
Newer Posts Older Posts Home
Subscribe to: Posts (Atom)