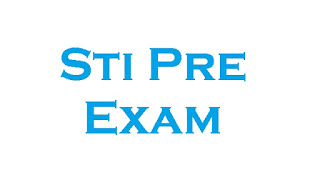 Bandai Namco has released the trailer of "Tales of Berseria," with an English subtitle.
The trailer opens with a girl sitting on a chair when Velvet came. Velvet sees a drawing and the girl tells her that it is a compass. The next sequence sees Arthyr, telling the girl not to disturb Velvet. After that, Velvet sees the red moon, with the girl telling her to run while Arthur kills the girl. Later, the trailer sees Velvet now with her demonic arm.

A sequence follows and it shows a line that reads "There is a flame that won't go out in my heart, no matter how much I want it to." It is followed by the game title, along with a look at the scenes in-game. These include the boat, dynamic sword combat, long-range magical spells against monsters, and the other characters in the game.
As seen in the trailer, "Tales of Berserka" allows its players' characters to fight various monsters and characters in the game. Along with this dynamic element, the game also features visual effects that accompany both physical and special combat moves.
Along with Velvet and other game characters, the trailer concludes with the line "For you to live like yourself and to be yourself, live this story as yourself. So it begins..."
Accoding to Polygon, the game is set to feature chunks of story plot, along with the combat, which includes smashing monsters and taking on a powerful boss. Players may like the character designs and the solid battle system, as per Push Square.
Developed by Bandai Namco, "Tales of Berseria" is set to be released for PlayStation 3, PlayStation 4, and Microsoft Windows in early 2017.
Watch the trailer here.
at September 28, 2016 No comments:
Email ThisBlogThis!Share to TwitterShare to FacebookShare to Pinterest
Labels: game
Newer Posts Older Posts Home
Subscribe to: Posts (Atom)