Indian actress Priyanka Chopra, who is a popular name in Bollywood and has found visibility internationally with American TV show “Quantico”, has been invited to the annual White House Correspondents Dinner with US President Barack Obama and First Lady Michelle Obama.
The actress is among some of Hollywood’s biggest names like Bradley Cooper, Lucy Liu, Jane Fonda and Gladys Knight to have been invited for the special dinner, which will take place at the White House, said a statement from Priyanka’s representatives.
However, Priyanka is still not sure if she will be able to attend the get-together or not given her tight shooting schedule for “Quantico” as well as for her Hollywood debut “Baywatch”, said a source close to her.
The non-profit White House Correspondents’ Association, whose members include the reporters, producers, camera operators and other journalists regularly covering the White House, traditionally hosts this annual dinner to raise money for journalism scholarships.
In “Quantico”, Priyanka plays FBI agent Alex Parrish. The American thriller TV series also features Josh Hopkins, Jake McLaughlin, Aunjanue Ellis and Yasmine Al Massri among others.
The“”Bajirao Mastani” actor will also be seen in “Baywatch” alongside Hollywood stars Dwayne Johnson and Zac Efron.
at April 06, 2016 No comments:
Email ThisBlogThis!Share to TwitterShare to FacebookShare to Pinterest
Labels: Bollywood, Hollywood, news, priyanka chopra 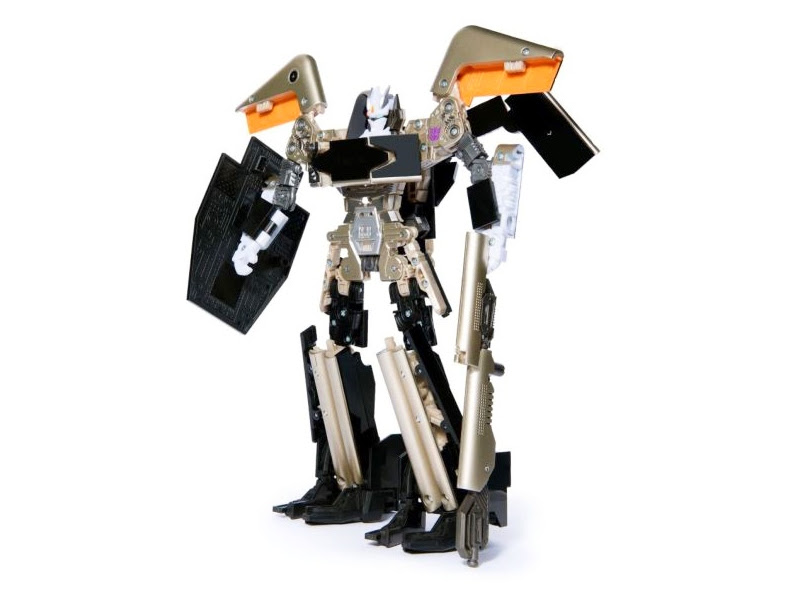 Xiaomi, soon after launching its Mi 5 flagship smartphone in India at a price tag of Rs. 24,999, has launched the Soundwave: Mi Pad 2 toy that turns into a Transformer-like robot, in collaboration with Hasbro, a US-based toy and board game company.
"There's more to Mi than meets the eye. Teamed up w/ Hasbro for Soundwave: Mi Pad 2 that turns into a Transformer," tweeted the company with images on Tuesday.
The toy has been launched as a crowdfunding project. It is priced at CNY 169, and will begin shipping first in China starting May 13. At the time of writing, the project raised CNY 384,306, which is more than 200 percent above the original target. The Soundwave: Mi Pad 2 features Lego-like pieces that one can detach from the assembly.
Xiaomi launched its Mi Pad 2 tablet back in November last year both in Android as well as Windows 10 OS variants. It sports a 7.9-inch (2048x1536 pixels) resolution IPS display with a pixel density of 326ppi. It runs a 64-bit quad-core Intel Atom x5-Z8500 processor (2MB cache, 4 cores, 4 threads, base frequency 1.44GHz, burst frequency 2.24GHz) under-the-hood, clubbed with Intel HD GPU and 2GB of LPDDR3 RAM. It is also the first Xiaomi device to be powered by an Intel processor.
The Mi Pad 2 features an 8-megapixel rear camera with LED flash and f/2.0 aperture, along with a 5-megapixel wide-angle front-facing camera. The tablet comes with Wi-Fi 802.11ac, USB Type-C, Bluetooth v4.1, and GPS connectivity. The metal-clad tablet's 6190mAh battery is rated to deliver up to 648.8 hours of standby time. It comes in Dark Grey and Champagne Gold colour variants. Measuring 200.4x132.6x6.95mm, the Mi Pad 2 weighs 322 grams. The tablet is also 18 percent thinner than its predecessor, which was 8.5mm thick. The device is yet to be launched in India.
Download the Gadgets 360 app for Android and iOS to stay up to date with the latest tech news, product reviews, and exclusive deals on the popular mobiles.
at April 06, 2016 No comments:
Email ThisBlogThis!Share to TwitterShare to FacebookShare to Pinterest
Labels: news, phone, technology

Tata Tiago, the home-grown carmaker's most anticipated hatchback for 2016 is all set to be launched in India today. Based on the carmaker's popular XO platform the, Tata Tiago shares its underpinnings with the Indica but thanks to company's new design language, the car looks smart, stylish and fresh. Equipped with some of the best-in-class features, the Tiago is expected to be the carmaker's ace in the hole in the compact hatchback segment. Tiago's biggest rival in India will be Maruti Celerio. at April 06, 2016 No comments:
Email ThisBlogThis!Share to TwitterShare to FacebookShare to Pinterest
Labels: car, news

Juno, a more driver-friendly alternative to Uber, will soft-launch in NYC this month

A new ride-hailing app that is positioning itself as the anti-Uber is expected to soft launch in New York City this month. Juno, the brainchild of Israeli-American businessman Talmon Marco, has spent the last few months recruiting highly rated Uber drivers to its platform in anticipating of going live this spring. Now it appears that the launch may come sooner than expected.
Marco told The Verge that Juno would be available in a private beta mode to "family and friends" later this month, and expects to launch officially in late spring or early summer. In an interview with The Washington Post today, Marco claimed that Juno is already the second largest ride-hail company in New York City based on the number of drivers it has signed up. "We have sufficient liquidity to launch tomorrow," he told The Post.
How does Juno plan on out-Ubering Uber? The company's strategy is twofold: sign up the cream of the crop, Uber drivers with ratings of 4.75 and above; and promise those drivers to pay them more money, as well as shares in the company. If drivers are happier, the rides they provide will be higher quality, the theory goes —€” and customers will be convinced to use Juno over Uber.
To be sure, Juno will have to overcome huge hurdles to compete in the most cutthroat, highly regulated taxi market in the country. Uber is large and in charge, while Lyft has positioned itself as the scrappy, pro-driver alternative. It's unclear whether riders care about details like driver pay and equity plans in the five seconds it takes to open a smartphone, choose an app, and hail a ride.
at April 06, 2016 No comments:
Email ThisBlogThis!Share to TwitterShare to FacebookShare to Pinterest
Labels: news, technology 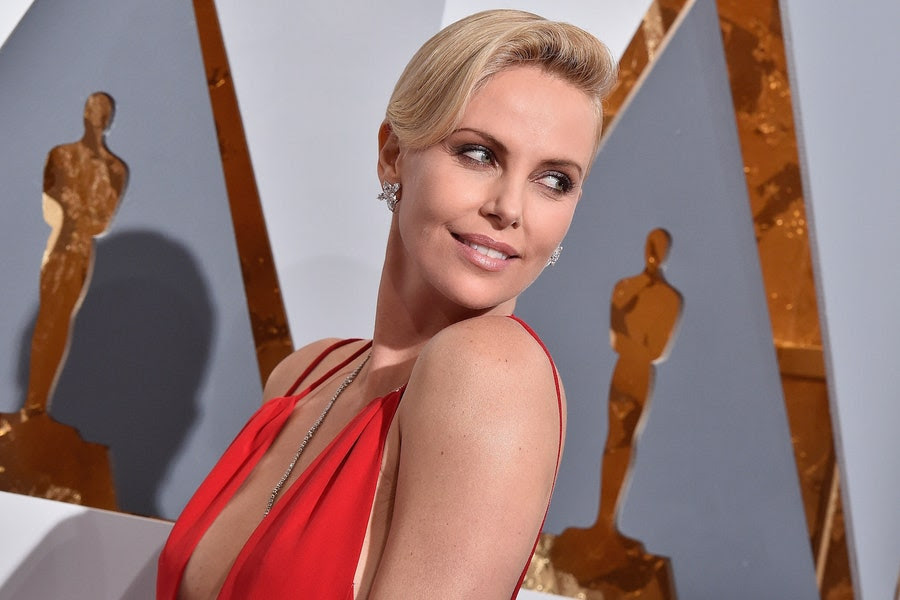 “When meaty roles come through, I've been in the room and pretty people get turned away first.”
he record, being beautiful doesn’t always work to your advantage in Hollywood. Take Charlize Theron, the genetically perfect human specimen who has purposefully handicapped her looks by gaining weight, shaving her head, wearing unflattering sweatpants, and going to whatever other means necessary for casting agents and even Academy members to take her seriously. Even after winning the Oscar for Monster—effectively proving that she could play average-looking—Theron still says that her looks have gotten in the way of some of Hollywood’s best parts.
“Jobs with real gravitas go to people that are physically right for them and that’s the end of the story,” Theron tells British GQ in a new interview. “How many roles are out there for the gorgeous, f***ing, gown-wearing eight-foot model? When meaty roles come through, I’ve been in the room and pretty people get turned away first.”
Even when she did play a normal-looking person in Monster, so much attention was paid to her physical transformation that the actress pointed out that people might be missing out on the performance. “The greatest thing I can hope for, which is an impossible thing to hope for because so much emphasis has been put on the transformation, but it’s that people can go see it and get past all that,” Theron said at the time.
Even directors have a hard time coming to grips with Theron’s looks—with Woody Allenfamously saying of the actress, who played a supermodel in his movie Celebrity, she’s “so hot that if she was in this room your buttons would melt.”
It was a female director, Patty Jenkins, who cast Theron in Monster and took a “shot” on the pretty actress.
“The truth is, I just thought she was great,” Jenkins has said of looking past Theron’s looks. “I thought she was always better than everything she did, and always made her characters completely real. Yeah, she’s beautiful. Who cares if she looks like [serial killer] Aileen Wuornos or not? The point was, she has heart, and she’s really brave, and she’s really strong. I knew if I could get those things focused on this role, she would give it the humanity and the dedication necessary to pull it off.”
During Theron’s interview with GQ, the Oscar winner also speaks about the gender disparity in (and outside) Hollywood, saying, “We live in a society where women wilt and men age like fine wine. And, for a long time, women accepted it. We were waiting for society to change, but now we’re taking leadership. It would be a lie to say there is less worry for women as they get older than there is for men. . . . It feels there’s this unrealistic standard of what a woman is supposed to look like when she’s over 40.”
at April 06, 2016 No comments:
Email ThisBlogThis!Share to TwitterShare to FacebookShare to Pinterest
Labels: Hollywood, news
Newer Posts Older Posts Home
Subscribe to: Posts (Atom)