Rise of the Tomb Raider is coming to the PC on January 28, as you may have heard, and 86 aggregate scores on Metacritic don't lie: It sure seems like a pretty good game. But while Xbox One owners only need a single piece of information to determine whether or not they can run it—where is my Xbox One?—those of us on the PC side of the coin have a few more questions to answer. Fortunately, we're here to help.
It's interesting that Square Enix has released a minimum spec needed to play Rise of the Tomb Raider, but nothing in the way of recommended hardware. It's not really an issue, recommended specifications are always a bit squishy and subjective anyway, but omitting one is definitely out of the ordinary. It's possible that a recommendation will be forthcoming at some point in the future and if so, we'll update. For now, here's the bottom-line hardware you'll need to raid that tomb.
I seem to say this a lot these days but it's fairly moderate as PC gaming hardware goes. 25GB of hard drive space isn't inconsequential, but a Core i3 and GTX 650 aren't much; I can see the 6GB RAM requirement being potentially sticky, but come on, why are you still running with 4GB of RAM?
Square Enix was also kind enough to release a half-dozen 4K screens, which you can witness in all their gigantic-nosed glory below.

at January 09, 2016 No comments:
Email ThisBlogThis!Share to TwitterShare to FacebookShare to Pinterest
Labels: gaming 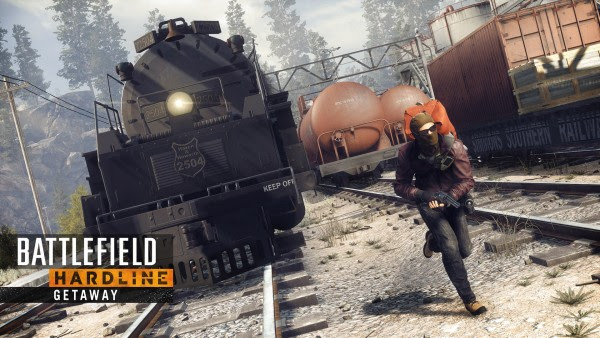 Battlefield Premium subscribers will be getting their hands on Battlefield: Hardline‘s next big DLC next week with Getaway. Releasing on January 12th for Premium subscribers (January 26th for everyone else), the pack recently received a new cinematic trailer to get everyone excited. Check it out below.
The Getaway DLC adds four new maps to the equation with Pacific Highway, Double Cross, Diversion and Train Dodge (hint: it’s the one with the train along with a new mode called Capture The Bag. There are also four new vehicles, a new gadget and melee weapon, four new Legendary Camos and three new weapons for the Mechanic’s class. We’re unsure that you’ll experience action as crazy as the trailer but here’s hoping.
Battlefield: Hardline‘s Getaway DLC will be available on Xbox One, Xbox 360, PS3, PS4 and PC. Thoughts on the cinematic trailer? Let us know in the comments and stay tuned for more information in the coming week.