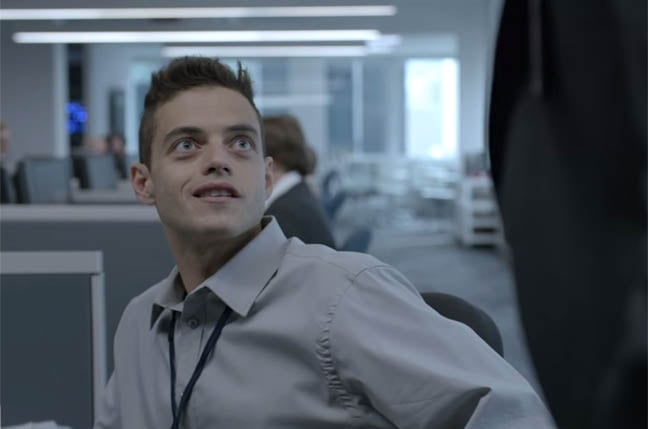 Two hundred and fifty one university and TAFE students will today compete to hack the hell out of the Enterprise Wellness Initiative, smashing its apps, and pulling off feats of forensics. The simulated hack-off is part of the Cyber Security Challenge Australia run by a cadre of security companies with the Australian Signals Directorate. Players across 64 teams from 23 universities and TAFEs will compete from 10am in the capture the flag event. "It's designed to simulate security testing," says Chris Gatford, director of Sydney based HackLabs. "They'll do internal and external tests, web apps, and forensics." Gatford says he and other sponsors Facebook and Pricewaterhouse Coopers will observe the event live from a Telstra operations room. Hacklabs will fly the winning team to DEF CON and put the students up in Las Vegas. Runner ups and other well-performing hacking teams will get tickets to hacker fests Kiwicon, Wellington and Ruxcon, Melbourne, phones, and tablets. Job offers are also on the cards, he says. "It is a great opportunity to identify and retain local security talent, and we will be talking to participants," Gatford says. "We're hoping to pick up several staff." All female participants will be offered mentoring through the Department of Prime Minister and Cabinet where they will be flown to Canberra and taken on tours to meet successful women in the industry and offered career advice. Students will also reverse simple programs and need to complete a forensics challenge. It is not all breaking, though. The winning team will need to write a killer report, detailing ways the flayed business could patch and harden itself. A good report has been instrumental in the success of winning teams in previous Cyber Security Australia challenges. The Twitter handle (@cysca2015) will maintain rolling updates on the competition as it progresses. The challenge is the Antipodean cousin of the Cyber Security Challenge UK which 29 September unveiled a virtual world based on Minecraft designed to lure budding security talent with hacking challenges and games. ®
at September 30, 2015 No comments:
Email ThisBlogThis!Share to TwitterShare to FacebookShare to Pinterest
Labels: Hacking, news

Silicon Valley electric car-maker Tesla has launched its third model to date - a sports-utility vehicle distinguished by its double-hinged "falcon wing" rear doors, which unfurl themselves upwards to help parents put their children inside.
The Model X was unveiled nearly two years later than originally scheduled.
The firm's chief executive Elon Musk acknowledged that the "difficulty in engineering" some of the parts involved had been greater than he had originally expected.
The car can fit seven people and can travel about 250 miles (400km) on a single charge.
However, analysts say its price - which runs as high as $144,000 (£95,100) - is expected to temper demand. Tesla has said it plans to unveil a lower-cost vehicle in 2017.
The company has yet to make a profit.
at September 30, 2015 No comments:
Email ThisBlogThis!Share to TwitterShare to FacebookShare to Pinterest
Labels: car, news, technology

PS4 vs. Xbox One: Game Release List and trailers For October 2015

September saw the release of several huge games, such as Metal Gear Solid 5: The Phantom Pain, Forza Motorsport 6, and many more. October is looking to continue 2015's trend of huge game releases with both Xbox One and PS4 getting some major games to play. Let's first start off with the games that both consoles will be getting.

These games are coming to both Xbox One and PS4 in October.

The first game coming to both Xbox One and PS4 is Transformers: Devastation. This over-the-top action game has been developed by Platinum Games, the creators of the Bayonetta series, Metal Gear Rising: Revengence and more. Expect to see tons of action on Oct. 6. It'll be more than meets the eye.
The Game of the Year Edition for Dragon Age: Inquisition will be coming to PS4 and Xbox One on Oct. 6. This version will include all previously-released DLC content packs, including Jaws of Hakkon, The Descent, Trespasser and more. It's the perfect time to try out Dragon Age: Inquisition if you haven't yet.

One of my personal highly-anticipated games, Rock Band 4 will also be seeing a release date of Oct. 6. This music game looks to bring the band back together with more than 60 new songs on the disc, more than 1,500 old DLC songs supported and even more tunes coming later via DLC.
Darksiders II: The Deathinitive Edition will also be coming on Oct. 6. This remake of Darksiders II will feature all of the typical remastered things like improved lighting, textures and framerate. Check it out if you haven't played it yet.
Speaking of remasters, the Telltale Games early release Back to the Future: The Game will also see a remake getting released on Oct. 13. This will be the first time Back to the Future: The Game appears on an Xbox console, getting released on Xbox 360, Xbox One and PS4 in celebration of the movie's 30th Anniversary.
Telltale is really going all out for Oct. 13. That is also the release date for Minecraft: Story Mode. This version of Minecraft will see the blocky world transform into an actual story, told in episodes. If you like Minecraft, you'll love Minecraft: Story Mode.
While this is technically DLC, it's said that The Witcher 3: Wild Hunt's first expansion pack will be so big, it will rival the size of The Witcher 2. If you're looking for more adventures to go on with Geralt, Oct. 13 will be when you can start.
Oct. 13 will also see the release of Wasteland 2 Director's Cut. This version of Wasteland 2 features improved graphics, a new game engine, controller support for PCs and a ton more upgrades. This will also be the first time Wasteland 2 will be released for PS4 and Xbox One. If you already own Wasteland 2 on PC, the upgrade to the Director's Cut will be free.
Releasing on Oct. 20, the other music-based game comes out to complete the cycle. Guitar Hero Live returns to the roots of Guitar Hero by focusing only on the guitar. The new controller also features a six-button grid system instead of the typical five-button layout featured on similar games.
Adventure Time: Finn And Jake Investigations will be coming to just about every console on Oct. 20. This includes Xbox One, PS4, Xbox 360, PS3, PC via Steam, Wii U and 3DS. Play as Finn and Jake while solving mysteries all over the land of Ooo.

This year's Just Dance game, originally titled Just Dance 2016 will be hitting store shelves on Oct. 20. I'm sure you all know the drill by now.
Finishing up the saga that has been Life is Strange, the fifth and final episode will be releasing on Oct. 20. This episode, called Polarized, should hopefully wrap up all of the loose ends from the four previous episodes.

Overlord: Fellowship of Evil will ALSO be coming out on Oct. 20. This action RPG shifts the camera to an isometric-style view, different from the third-person view of previous Overlord games.

The last firm release date on a multi-platform game for October is WWE 2K16. The biggest roster ever in a wrestling game will debut on Oct. 27, with none other than Stone Cold Steve Austin serving as this year's cover Superstar.

These games are releasing exclusively on PS4 in October.


The first game coming to PS4 is the physical release of Journey. Included in the release are the other two thatgamecompany hits Flower and flOw. If you haven't played these yet, Oct. 2 is the perfect time to pick up a copy for yourself.

Disgaea 5: Alliance of Vengeance is a tactical RPG coming exclusively to PS4 on Oct. 6. This game revolves around the concept of revenge, with each character out to bring down the evil Void Dark.

Super Meat Boy is coming to PS4 and PS Vita on Oct. 6. This is in no way a new game, it's just new to the platforms.

Three Fourths Home is a PC game that is getting ported to the PS4 and PS Vita on Oct. 6. This visual novel tells the story of Kelly and her family having a conversation during a drive home through a bad thunderstorm. This feels like one of those games that will quickly be one of the PS+ free games.

Dragon Quest Heroes: The World Tree's Woes and the Blight Below will be releasing in America on Oct. 13 for PS4. This is a few months after the Japanese launch back in February. This game mixes the hack-n-slash elements of the Dynasty Warriors games with the characters and monsters of the Dragon Quest games.

The last game coming to PS4 in October is Tales of Zestiria. While this was already released on PS3 at the start of the year, Oct. 20 will see Tales of Zestiria make the jump to the current-generation PlayStation console.

These games are exclusively releasing on Xbox One in October.

The final build for Elite: Dangerous will be coming to Xbox One on Oct. 6. This space exploration game has been a part of the Xbox Preview Program since June. A PS4 version of Elite: Dangerous is planned, but no release date has been announced as of yet.
Afro Samurai 2 has already been released on PS4, and is now coming to Xbox One on Oct. 9. From all of the previews released so far, it seems best to skip this game in favor of one of the better ones releasing this month.
Lastly, the Xbox One will be seeing the biggest exclusive release of 2015 for any console: Halo 5: Guardians. This epic will feature a huge campaign focused on co-op, as well as the biggest online multiplayer offering to date from any Halo game. Halo 5 will be coming out at the end of the month, on Oct. 27.
at September 30, 2015 2 comments:
Email ThisBlogThis!Share to TwitterShare to FacebookShare to Pinterest
Labels: gaming, news, Psp, xbox
Newer Posts Older Posts Home
Subscribe to: Posts (Atom)