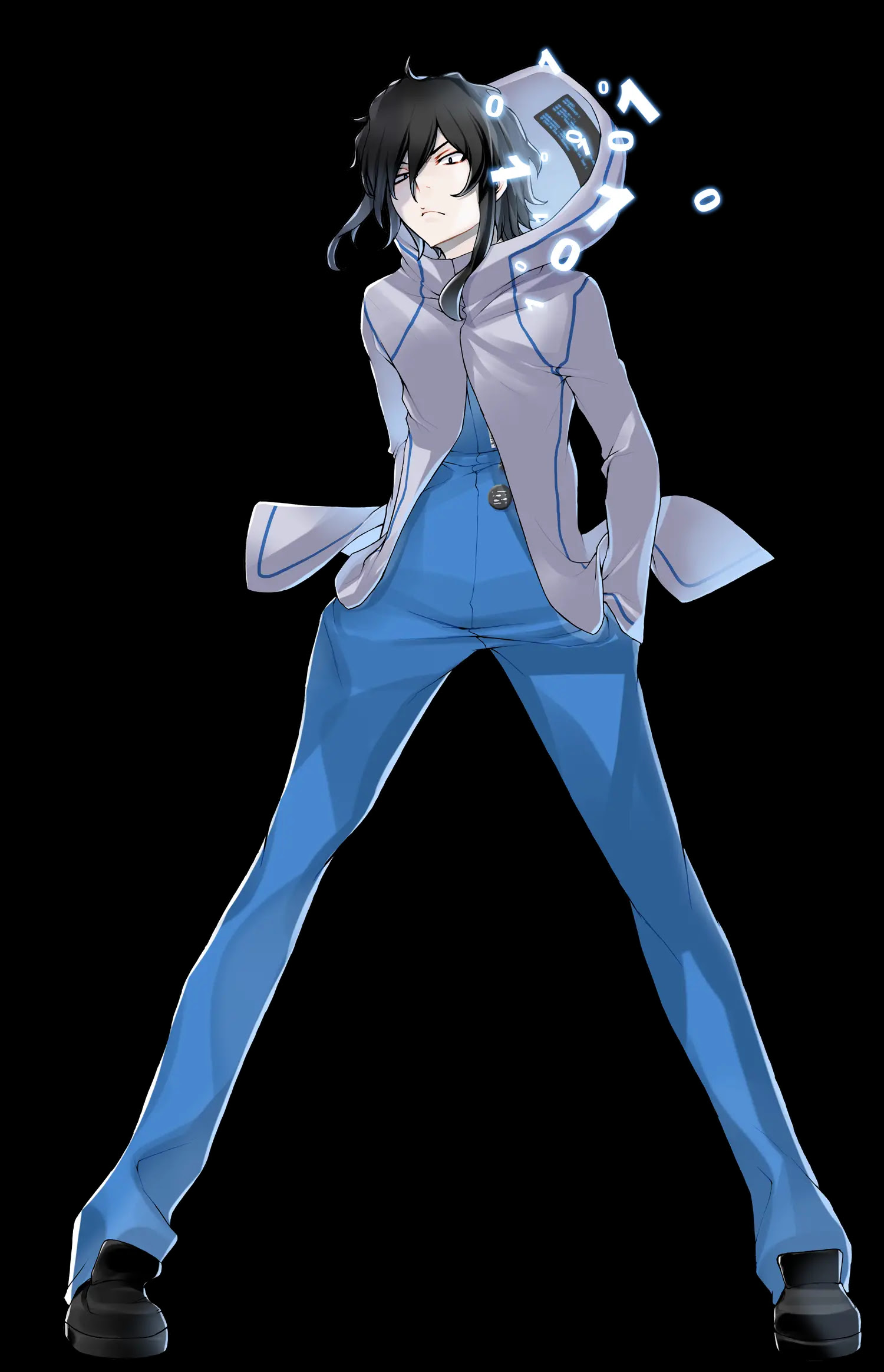 at September 22, 2015 No comments:
Email ThisBlogThis!Share to TwitterShare to FacebookShare to Pinterest
Labels: Anime, gaming, news

for the upcoming "Tokyo Ghoul Jail" PS Vita game. The trailer, available to view below, features the game

in Japan on Oct 1. As usual, fans outside of Japan are hoping for a wider release.
"I'm really hoping for a U.S. release, but I'd be surprised," said YepYepSyk on CR.
"Tokyo Ghoul Jail"will introduce a new original character and will also diverge from the story of the original manga. Original manga creator Sui Ishida did however create the original character, who will be voiced by Kensho Ono. Natsuki Hanae will return to voice Ken Kaneki.
Anime News Network reports the following description of the "Tokyo Ghoul Jail" PS Vita game:
"The game takes place after the battle of the Aogiri Tree in the 11th ward. Rio works with Kaneki to accomplish a certain goal. Based on dialogues and the relationships

built with other characters from the manga series such as Ken Kaneki, Tōka Kirishima, Kōtaro Amon, and Jūzō Suzuya, the game's ending will change."
"Tokyo Ghoul" is originally a manga series by Sui Ishida. Funimation, who licensed the second season TV

anime series for streaming outside of Japan, is also releasing a collector's edition Blu-ray of the first season.
"Tokyo Ghoul" was also previously adapted into a mobile

game entitled "Tokyo Ghoul Carnaval." Fans who purchase the first edition of "Tokyo Ghoul Jail" will get an original custom

theme as well as a serial code for a Kaneki card to use in "Carnaval."
"Tokyo Ghoul Carnaval" is now available for iOS and Android platforms.
at September 22, 2015 No comments:
Email ThisBlogThis!Share to TwitterShare to FacebookShare to Pinterest
Labels: Anime, gaming, news

The game was previously announced at a Sony Computer Entertainment Japan Asia press conference on September 15. It will emphasize multiplayer combat over gunning down zombies. Japanese model, magazine writer and bodyguard Itsuya appears in the trailer and can be seen briefly unmasked at 0:38. She praised the game for its realistic movements and incorporation of survival game elements. The trailer was filmed at Universal Studios Japan, which has a Resident Evil section.
Resident Evil: Umbrella Corps is scheduled for a PlayStation 4 and PC release early in 2016.
at September 22, 2015 No comments:
Email ThisBlogThis!Share to TwitterShare to FacebookShare to Pinterest

Lara Croft’s latest adventure takes her to literal new highs and lows as the tomb raiding explorer finds herself on a new, dangerous adventure in Rise of the Tomb Raider. After unveiling an extended look at the game earlier this summer during E3, EW can exclusively reveal the newest look at the upcoming sequel’s gameplay in the “Descent into Legend” trailer.
Watch the trailer above to see Lara leap, scale, and fight her way through a host of the “beautifully hostile environments” the game’s creators promise await players. The trailer also gives a look, beyond the exploration, at some of the game’s environmental puzzles, also shown off in various forms at E3.
Rise of the Tomb Raider follows Lara’s journey following the events of the 2013 reboot game with the promise of better — and more — tombs for players to explore along Lara’s latest adventure.

Nvidia will source its HBM2 from both Samsung and SK hynix

A couple of months ago we heard rumours that AMD had secured priority access to SK hynix's HBM2 chip output. The news sources explained that AMD had worked closely with SK hynix on HBM(2) development and the pair of companies has a long established relationship. Furthermore AMD was expected to strive to capture "as much of the initial production capacity as possible," which could have derailed Nvidia's Pascal GPU launch proper. 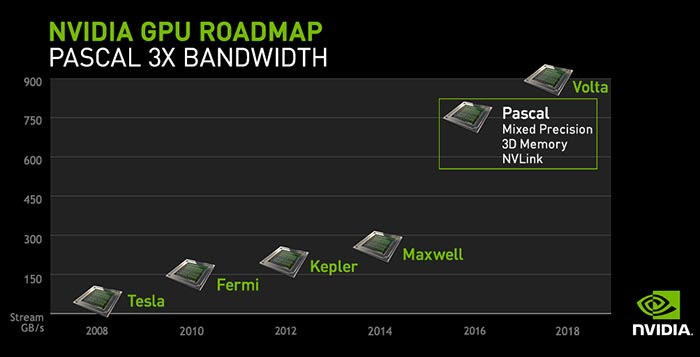 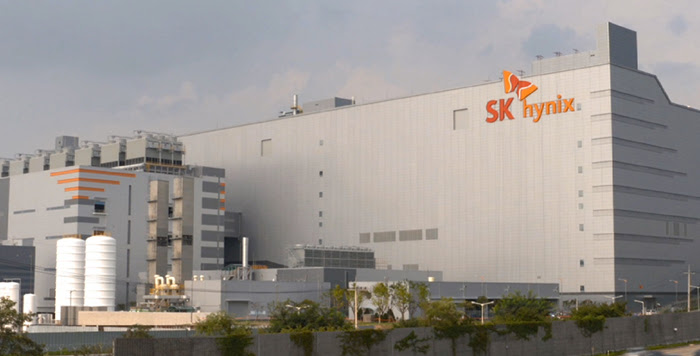 While we know that Nvidia will pair up its Pascal GPU with HBM2 (called 3D memory in its roadmap slide), we don't have any roadmap from AMD indicating what it plans to do with the second generation of this high bandwidth memory. HBM2 offers significant enhancements over the first generation including higher density, higher performance, and lower power usage. More specifically, HBM2 is said to offer twice the bandwidth of HBM and offer a fourfold leap in density, with a maximum chip capacity of 32Gb compared to the 8Gb possible with HBM.

In addition to the HBM2 bandwidth boost, Nvidia says it will enhance the performance of Pascal GPUs with NVLink. This interconnect technology is said to allow data sharing "at rates 5 to 12 times faster than the traditional PCIe Gen3 interconnect".
The first shipments of HBM2 are said to be destined for use with GPUs, like Pascal, and also for servers, supercomputers, networks, and high-performance PCs. It is expected that HBM equipped graphics cards will be 'mainstream' by 2018.
at September 22, 2015 No comments:
Email ThisBlogThis!Share to TwitterShare to FacebookShare to Pinterest
Labels: news, Nvidia
Newer Posts Older Posts Home
Subscribe to: Posts (Atom)