Sophie Turner was reportedly seen near the production set of "Game of Thrones" Season 6.
Leaked pictures from Ireland show a brand new set being built for “Game of Thrones” Season 6. Cast member Sophie Turner is said to have been spotted at the same filming location of the show, which may be the set for Winterfell.
A set of pictures posted on Belfast Live shows a new set for the show being built at the County Antrim village of Moneyglass in Northern Ireland. It is still unclear what the set will be used for in the show, but the report speculates the set may be a barracks or maybe a part of Winterfell.
The report also notes cast member Kit Harington, who played Jon Snow, has been spotted multiple times in Belfast and was most recently seen in Banbridge, Ireland. Fans have been speculating the actor may be back in the next Season of the show.
Another cast member reportedly spotted near Moneyglass is Turner, who plays Sansa Stark.WatchersOnTheWall said some fans reported seeing the actress at the location. The report notes the set built in the area last year was used to film scenes of Winterfell, and if Turner is filming her scenes at the location, it would suggest the set will once again be used to show the castle of House Stark in “Game of Thrones” Season 6.
Meanwhile, HBO announced in a tweet the complete Season 5 Digital HD will be released Aug. 31, and the Blu-ray and DVD sets will be released by March 15. The bonus content for the Digital HD version includes an introduction to the fantasy realm of Dorne, details about the weapons created for the show, some of the characters of Dorne, a look at the poisons in Westeros and a day in the life of cast members on the set.
Commenting on the post, some fans expressed disappointment about having to wait so long for the release of the DVD. The premiere episode of “Game of Thrones” Season 6 is expected to air in April 2016.
at August 04, 2015 No comments:
Email ThisBlogThis!Share to TwitterShare to FacebookShare to Pinterest
Labels: Game Of Thrones, Hollywood

Game of Thrones has cast Ian McShane in season six of the hit HBO fantasy series.
The network confirmed the Deadwood alum for the upcoming season but did not reveal his role, according to The Hollywood Reporter.

McShane, best known for his role as the appropriately named foul-mouthed entrepreneur Al Swearengen in Deadwood, is the first new cast member to be confirmed for Game of Thrones season six.
The actor is currently guest-starring in the third season of Showtime’s Ray Donovan.
Few plot details have been revealed about the upcoming season of Thrones as the show has caught up to the fifth, and most current, book in the series authored by George. R. R. Martin.
The sixth season is currently in production, and Martin has again bowed out from writing any episodes as he’s attempting to finish book six, The Winds of Winter.
at August 04, 2015 No comments:
Email ThisBlogThis!Share to TwitterShare to FacebookShare to Pinterest
Labels: Game Of Thrones, Hollywood

How to Make McDonald’s French Fries at Home

This recipe explains how to make those delicious, crispy fries without ingredients like citric acid

A few months ago, McDonald’s shared an inside look at how the chain makes its signature french fries. Now, thanks to this handy tutorial from PopSugar, you can make your own copycat snack at home.
It’s certainly a much more labor-intensive process than simply walking to the nearest McDonald’s location and buying some — but this way, you can make them without chemical additives like citric acid and sodium acid pyrophosphate. According to another McDonald’s video released earlier this year, the recipe contains 19 ingredients, but to make this at-home version, you just need potatoes, corn syrup, peanut oil, beef lard, water and salt. Oh, a decent knife will help too.
Watch the video tutorial above, and check out the full recipe here.

at August 04, 2015 No comments:
Email ThisBlogThis!Share to TwitterShare to FacebookShare to Pinterest
Labels: cooking, Food, how to

By 2020, there will be billions of IoT devices in the market. After learning a lesson with mobility, Microsoft is using Windows 10 to edge its way into billions of dollars of new revenue.
In 2014, Cisco predicted last year that we would have more than 50 billion connected devices by 2020.
This number was considered bullish by some, but cautious by most. Now, Juniper Researchforecasts that the number of Internet of Things-connected devices will be 38.5 billion in 2020. With almost eight billion cellphones active in the world already, within five years we could have staggering numbers of connected devices.
The biggest issue of IoT, however, is not the connectivity of devices, but how to leverage and analyze the massive amount of data being collected.
Machine-to-machine (M2M) devices and applications have existed for decades in fields such as factory automation, security, and city sensors. Those devices perform basic functions, allowing the machines to interconnect and do their job, but they are not designed to collect and analyze data.
Now, with the introduction of wearables and IoT devices, together with the data they store and share, the challenge is how to handle that data and create new products and applications to make use of it. 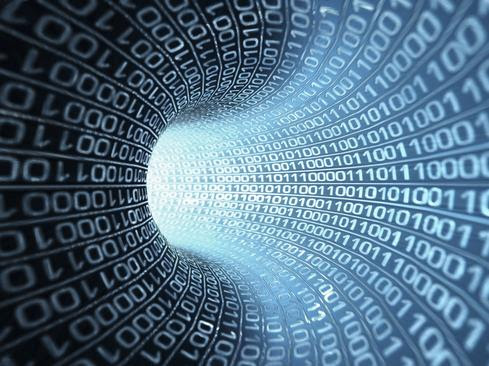 (Image: Mikhail Tolstoy/iStockphoto)
The lack of standards is one of the main barriers to mass adoption of connected devices, many experts agree. Lack of standards was a big topic of discussion at the Internet of Things World Forum in Barcelona last November. Yet many players are developing their own IoT networks, effectively creating a Tower of Babel that will make it difficult to manage and connect all these devices.
Security is another issue.
Many devices being installed, such as smartmeters, are expected to be operational for years, even decades. The security systems embedded in those devices might be good enough today, but not in the future.
Enterprises are feeling the challenge, too. While most corporations agree that they need to invest in the IoT, very few are taking serious steps to deliver products and applications, mostly because of the difficult and expensive task of integrating with their existing IT infrastructure.
"We're still at an early stage for IoT," noted Juniper Research author Steffen Sorrell in a July 28 statement announcing the new research. "Knowing what information to gather, and how to integrate that into back office systems remains a huge challenge."
Both Apple and Google have been stepping up their efforts to dominate the IoT market, especially for consumer devices. Last year, Apple launched its "smart home" platform, and Google, after purchasing Nest for $3.2 billion, also launched a similar platform for Android.

Microsoft Doesn't Want to Be Left Behind

Now Microsoft aims to get into the IoT market with specific flavors of its brand-new operating system, Windows 10, which the company officially released July 29.
Windows 10 will include a new IoT edition for small devices that is tuned to run Windows universal apps and drivers and is royalty free to makers and device builders. (Image: Juniper Research)
"To address emerging IoT device categories, we are delivering a new version of Windows 10 for small devices that will be free for Makers and commercial device builders and device services to unlock new scenarios," the software giant noted in a blog post. "Additionally, through partnerships with the Raspberry Pi Foundation, Intel, and Qualcomm, we will provide a range of developer boards Makers and device builders can use to bring Windows 10 devices to life."
Microsoft is launching three different versions of Windows 10 IoT: One for small devices, another one for mobile, and the third one for industrial devices.
Redmond may have missed on out on mobile. (Its Windows 10 Mobile platform will not be released on the same day as Windows 10 desktop, and its Nokia acquisition is a major drag on the bottom line.) However, company executives seemed determined not to make the same mistake with IoT and the billions in revenue it could produce.
Windows 10 is the first, and probably the company's most powerful, step in that direction.
In a July 28 research note, Ovum analyst Richard Edwards writes: "Microsoft is pinning its future hopes on Windows 10, too, but this isn't about recapturing the important mobile operating systems market (it's pretty much conceded that to Apple and Google), it's about gaining a strong foothold in the next multi-billion dollar market: The 'Internet of Things.'"
at August 04, 2015 No comments:
Email ThisBlogThis!Share to TwitterShare to FacebookShare to Pinterest
Labels: microsoft

Microsoft announced this morning the acquisition of Austin, Texas-based Incent Games, the makers of a “sales gamification” platform called FantasySalesTeam. As the name implies, the company’s software allows sales organizations to run contests that are similar to those found in fantasy sports. Microsoft says today it will make this feature available to its own customers in order to help them incentivize their sales teams and achieve better results.
FantasySalesTeam’s clients have included names like HP, Siemens, Michelin, GuideOne Insurance, FSU Credit Union, Service Corporations International,  Bayada, Comcast, Wireless Zone, UPack, AllOverMedia, Lionbridge, IntraLinks, J.J. Keller & Associates and others.
The product allows organization to assign “player” positions to sales reps based on performance, and then award prizes associated with various outcomes tied to the company’s desired sales metrics and achievements as their “teams” score. These scores could be recorded in the business’s CRM system, through out-of-the box integrations with platforms like Salesforce.com and Microsoft Dynamics, for example.
Another Microsoft tie-in included the ability to use the platform independently of a CRM system and instead record scores directly in Excel worksheets.
FantasySalesTeam also allowed companies to draft non-sales employees to their teams, including managers, service, operations, marketing and finance staff, to increase company-wide collaboration.
Microsoft notes that its interest in the product had a lot to do with the results it was able to achieve, and cited a couple of case studies to prove that point. For instance, Service Corporation International piloted the software with 130 reps and compared their performance to 700 others. FanstasySalesTeam on average closed 88 percent more deals at 213 percent the average contract value, Microsoft says.
Wireless Zone, meanwhile, saw a 176 percent increase in total sales, 35 percent increase in specific product sales and a 9 percent increase in profit in the first month they ran FantasySalesTeam.
“With Microsoft’s focus on productivity and our obsession with customer success, this acquisition is a great fit. To help drive adoption of our CRM solutions in fun and creative ways, we are integrating FantasySalesTeam into our offering,” Bob Stutz ,Corporate Vice President at Microsoft Dynamics CRM said in a blog post. “We believe that motivating users of Dynamics CRM to focus on their most important metrics while simultaneously increasing usage and adoption can help drive tremendous impact on our customer’s success.”
Microsoft says FantasySalesTeam’s software will be integrated into its own Dynamics CRM platform, but it will continue to support those who are using it with other CRM solutions. And it said it will evaluate how to apply FantasySalesTeam’s feature set to other areas outside sales in the future.
Founded in 2012, FantasySalesTeam had raised $1.4 million in outside funding from investors including ATX Seed Ventures, Central Texas Angel Network, and Marvel Venture Partners, according to CrunchBase. This year it had closed on its Series A, which was $750,000 of that $1.4 million. Terms of the deal to Microsoft were not detailed.
at August 04, 2015 No comments:
Email ThisBlogThis!Share to TwitterShare to FacebookShare to Pinterest
Labels: microsoft
Newer Posts Older Posts Home
Subscribe to: Posts (Atom)